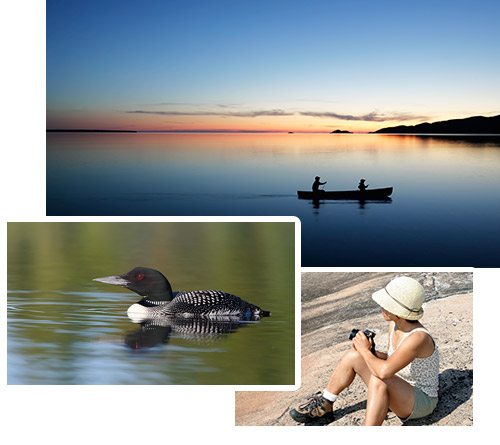 The Great Lakes Basin in Ontario encompasses the water, watershed, coast and islands of the world’s largest freshwater resource. Stretching from the temperate forests and wetlands along Lake Erie to the boreal forests north of Lake Superior, the Great Lakes region is one of the most species-rich areas in Canada. From prickly-pear cactus on Pelee Island to mysterious woodland caribou on Superior’s north shore, the Great Lakes have a stunning diversity of plants and wildlife. Habitats in this region are very diverse and, while dominated by forests, include wetlands, savannahs, sand dunes and globally rare habitats called alvars. 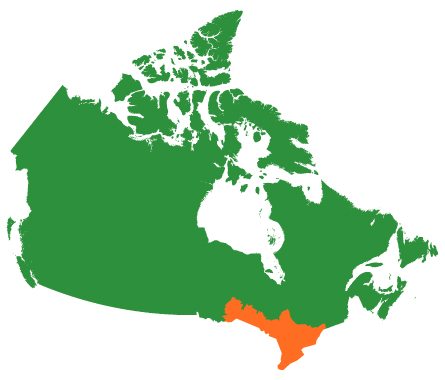 The Great Lakes are the largest freshwater ecosystem in the world. The waters and coasts have many species that are endemic to the region and are found nowhere else in the world. Unique coastal habitats include freshwater dunes and beaches, alavrs and lake-plain prairies. The Great Lakes region on the Canadian Shield has maintained much of its natural cover, and still includes large wilderness areas.

The southern Great Lakes region includes areas that have been heavily modified by urban and agricultural land uses, and include over one-third of the Canadian population. In southwestern Ontario, there is less than 16 per cent of the natural cover remaining and only 2.5 per cent of the landscape is protected.

Many of the remaining natural habitats in the south are small and highly fragmented. Some urban areas in the Great Lakes are rapidly expanding, and high commodity prices are resulting in expanding agricultural lands.

Invasive species are impacting many aquatic and terrestrial habitats in this region, including European common reed, zebra mussel, garlic mustard and dog-strangling vine.

In the northern part of the region, NCC is protecting some of the last Great Lakes coastal wilderness in places such as Lake Superior, Cockburn Island, Vidal Bay and the Bruce Peninsula. In southern Ontario, NCC is leading some of the region’s largest land protection and restoration projects, including on Pelee Island and north of Long Point.

NCC’s work in the Frontenac Arch in eastern Ontario is helping protect the continental corridor between Algonquin Park and the Adirondack Mountains in New York State. 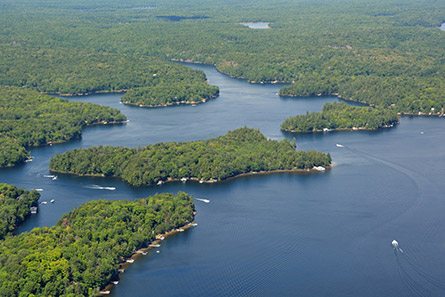