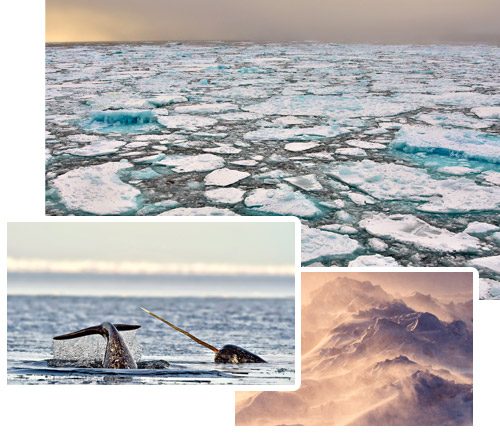 Canada’s Arctic extends from the tree line, through the Arctic Islands, to the North Pole. It is a vast, diverse ecosystem that is unfamiliar to most Canadians. Habitats include expansive plains, rugged coasts, glaciers and high mountains. The region supports a high diversity and abundance of large mammals, including polar bear, muskox and caribou. The Arctic also has a very high diversity of marine mammals, including whales and seals, and supports millions of sea birds, shorebirds and waterfowl. 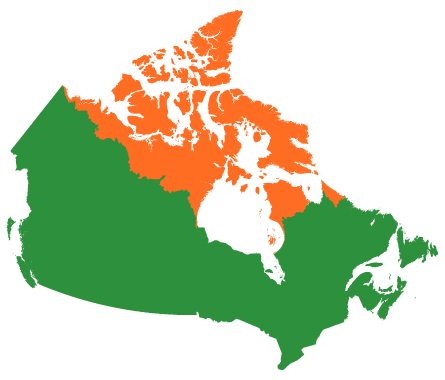 Canada’s Arctic has some of the largest remaining areas of wilderness left on Earth, with vast areas that are without roads and undeveloped. This region also contains Canada’s largest protected areas, including the Queen Maud Gulf Migratory Bird Sanctuary, Quttinirpaaq National Park of Canada and Thelon Wildlife Sanctuary. Just these three parks have a combined area of almost 150,000 square kilometres (an area larger than the country of Nepal).

Although the Arctic is well known for its large terrestrial and marine mammals, it is also a critical area for birds. It provides nesting grounds for millions of birds, including many of the continent’s shorebirds and geese.

The Arctic is threatened by climate change, leading to changes in marine and terrestrial ecosystems, which is also opening up access for industrial development. Climate change is impacting the Arctic faster than any other region in Canada.

Over the past 50 years, the amount of summer sea ice in the Arctic has decreased by almost seven per cent each decade. The loss of sea ice in summer impacts the marine ecosystem in a number of ways, including increasing water temperatures and reducing areas where seals and walruses can rest.

Increasing air temperatures are also changing the ecology of the Arctic tundra. A longer growing season is increasing the abundance of shrubs in some regions, which reduces food supplies for barren ground caribou. Most northern caribou herds have drastically declined. The George River herd in Quebec and Labrador numbered approximately 800,000 in the early 1990s, but the numbers have now fallen to a few thousand animals.

NCC has undertaken two projects in the Arctic. Both of these secured existing resource rights that were preventing the areas from being designated as protected areas.

The most recent project was in 2016 in Tallarutiup Imanga, where NCC secured and extinguished oil and gas rights, removing the last major hurdle for this region to be designated as a Marine Protected Area. 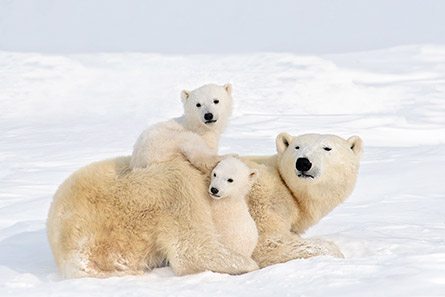 Photo Credits (Top to bottom): All images by Michelle Valberg.